Now that tourist visas are available to citizens in 49 countries, travel to Saudi Arabia is more exciting than ever. Tourists can now spend up to 90 days at a time in the Kingdom, but even shorter itineraries allow visitors to discover Saudi Arabi’s rich culture, diverse landscapes and incredible attractions. While any visit to the Middle East is thrilling, it can also look different than sightseeing in European, Asian or American countries. Just remember, embracing Saudi traditions and culture is part of the adventure! 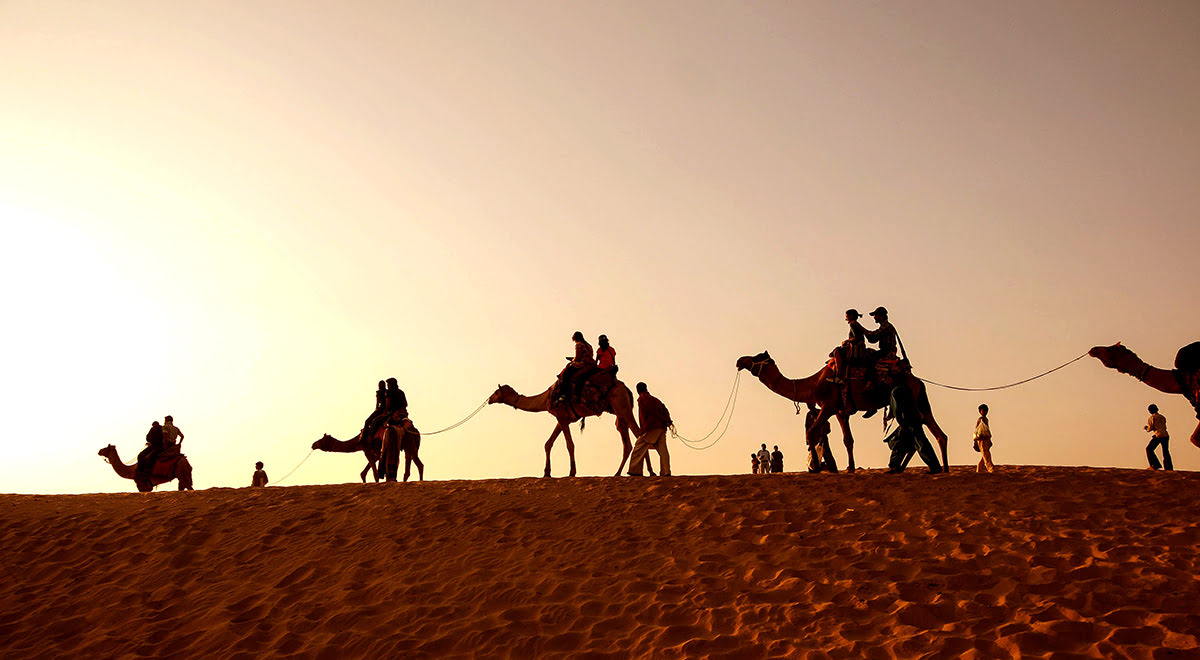 Tourists visas (eVisas) to Saudi Arabia are now available to citizens in 49 countries. Tourists can check eligibility and apply for a visa online at the visa.visitsaudi website. The new tourist visas grant one-year, multiple-entry visits and allow tourists to spend up to 90 days at a time in the Kingdom. All tourists must hold a passport that is valid for at least six months.

It’s a good idea to purchase travel insurance when traveling to Saudi Arabia because healthcare for foreigners can get a little pricey. Some airlines offer certain types of low-cost medical insurance for healthcare emergencies, and travel companies can recommend credible and affordable companies that provide international travel insurance. Travelers should check online for reputable options.

Saudi Arabians speak Arabic, which is the official language of the Kingdom, but tourists who don’t know any Arabic should not feel too intimidated. Many Saudi’s speak English, or at least enough English that makes communication easier. Most road signs are written in both Arabic and English, making getting around for foreigners possible. English-speaking visitors probably can get by in Saudi Arabia without knowing any Arabic phrases, but knowing a few key words and phrases can score lots of brownie points with locals.

Arabic words & phrases that are good to know 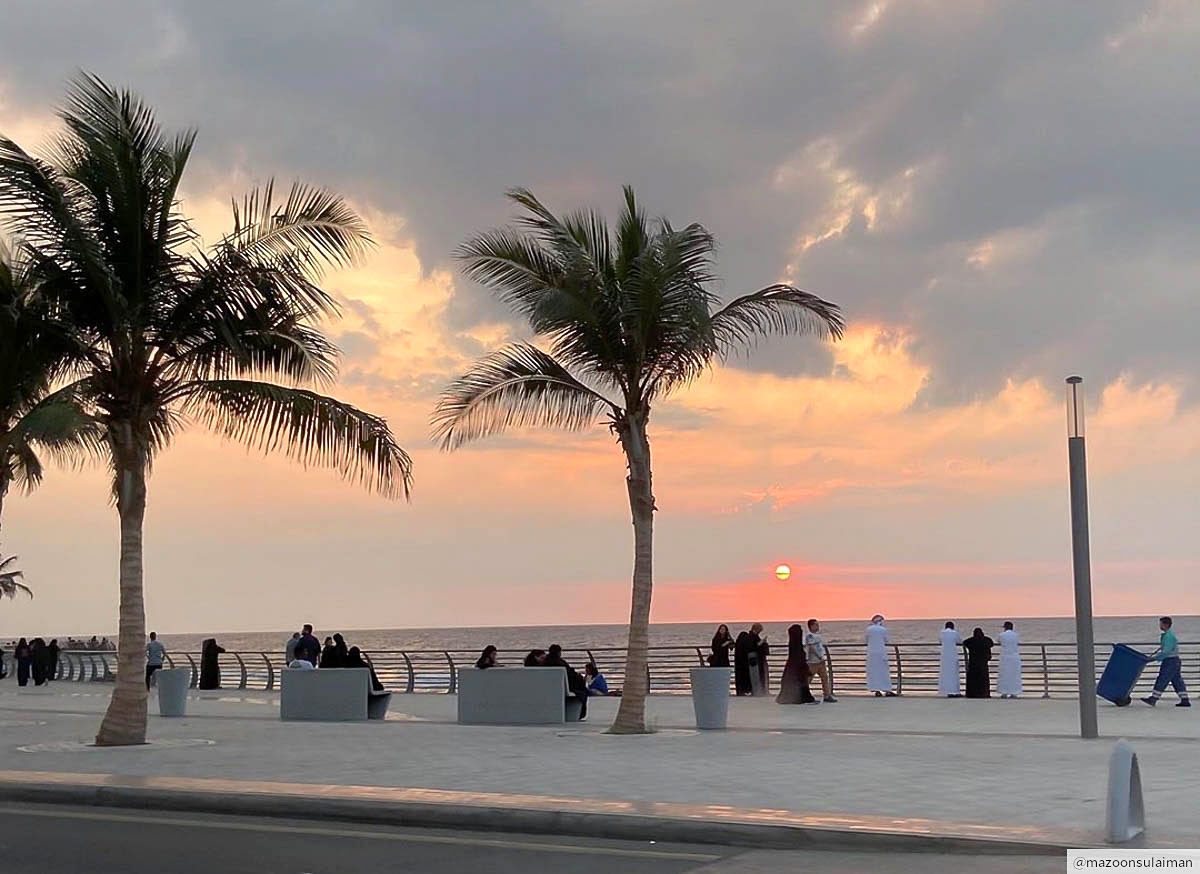 Dress codes in Saudi Arabia can seem a bit intimidating for visitors from countries with more relaxed fashions, but tourists should remember that dressing a little differently for a few days is part of the adventure in Saudi Arabia! Besides, laws are loosening, so dress codes are less strict than in years past when women were required by law to wear abayas (full-length dresses or robes) in public.

Recently, however, the laws for female fashions were modified. Women (including foreign women) in the Kingdom are now allowed a little more freedom. Though women are still required to “dress respectfully,” meaning they still must cover their shoulders, arms and legs, they now can do so in a more stylish fashion. Many Saudi women still wear traditional abayas and cover their hair with a niqab, or head covering, but some women are taking advantage of the new laws and are making public appearances in more colorful abayas and more casual dresses.

Foreign women visiting the Kingdom should adhere to these dress codes as well, and even though it might feel different at first, you’ll appreciate not sticking out like an uninformed tourist when sightseeing in Saudi Arabia. Foreign women should wear loose-fitting clothes that cover their shoulders and knees. Tight jeans and t-shirts that reveal a woman’s curves and shorts or short skirts above the knees are no-nos. Women should keep in mind, however, that there are advantages to dressing like a local in Saudi Arabia: long sleeves offer protection from the sun, and flowing, lightweight skirts are perfect for catching cool desert breezes.

For men, fashions are a little more relaxed. Most Saudi men wear a long, white robe, called a thobe (sometimes spelled thawb), and a ghutrah (head scarf), but male foreigners are not required to go out in traditional dress. Instead, men should wear loose-fitting, modest clothing. Wearing shorts, however, should be avoided.

Travel tip – visitors to the Kingdom are expected to follow dress codes in public places. Police can approach visitors and ask them to change clothing or leave an area due to dress code violations. However, many hotels and private beaches allow tourists (and locals) to dress more casually. Most private beaches allow women to wear bikinis, but wearing a one-piece swimsuit is recommended.

Check In to a beachfront hotel in Jeddah 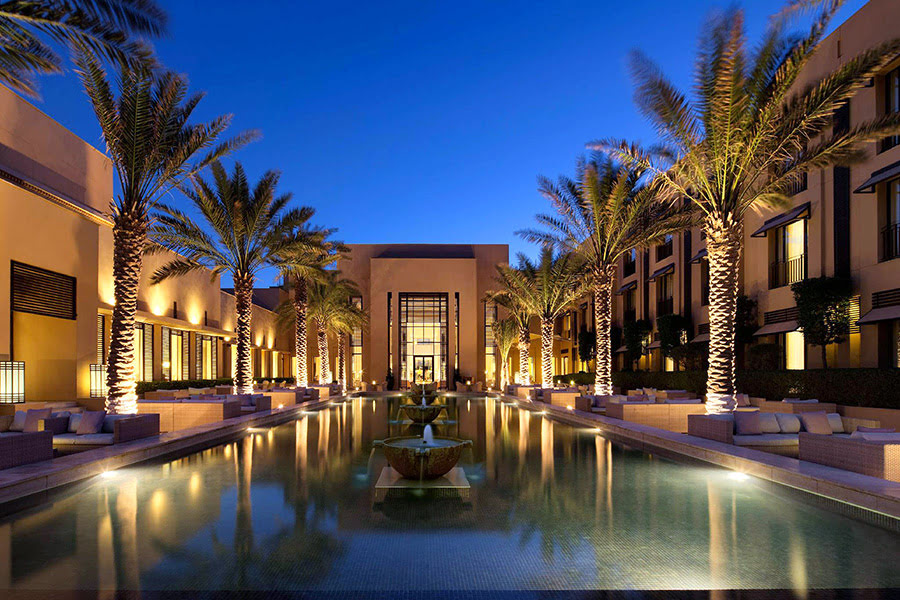 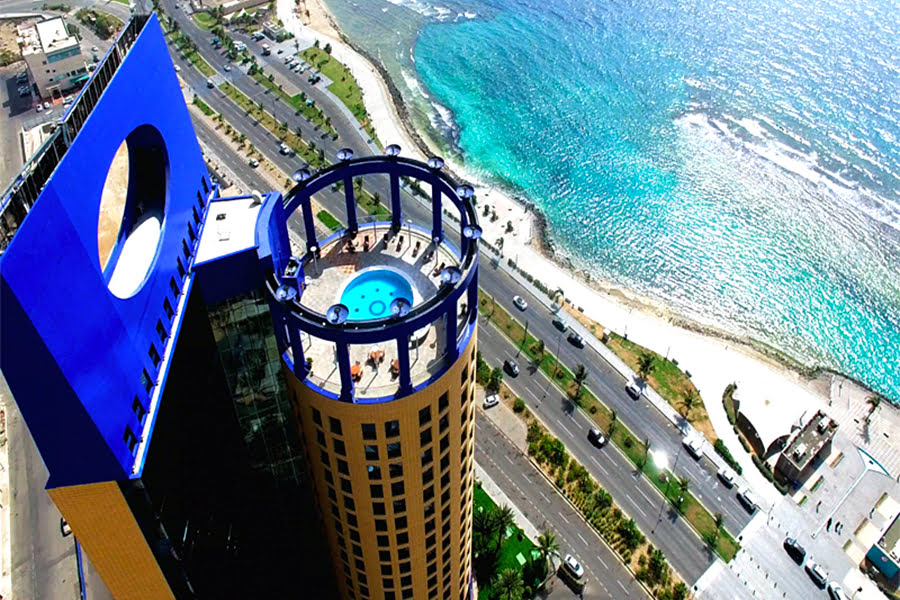 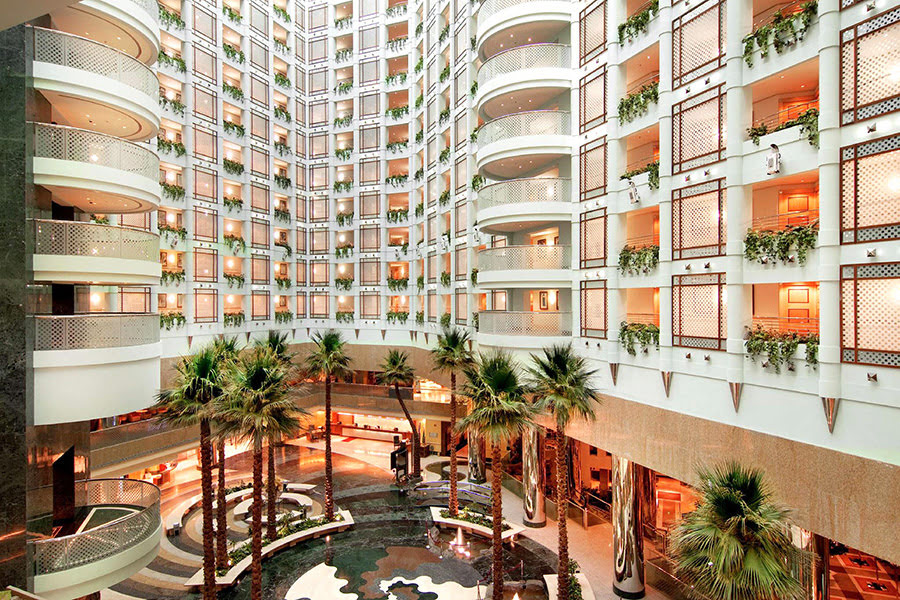 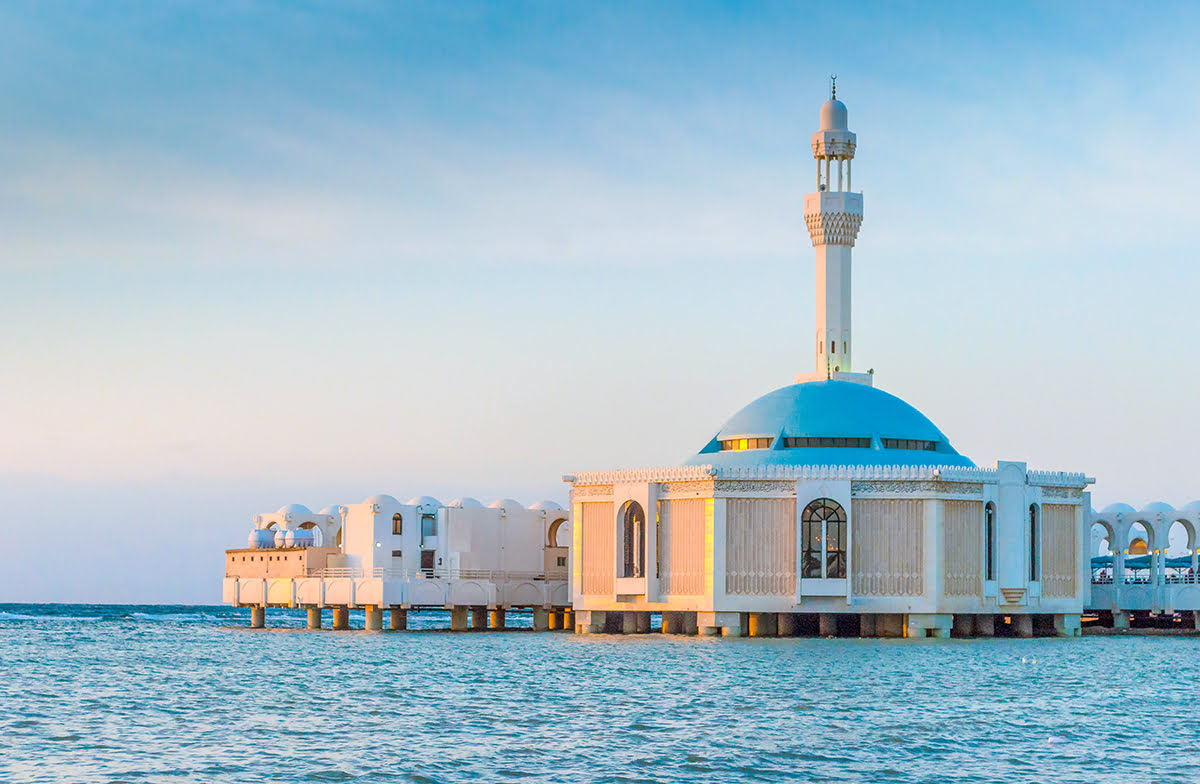 As the most religious Muslim country in the world, Saudi Arabia observes prayer time five times a day, from sun-up to sundown. Visitors should never feel nervous about being inside a shop when they hear the athan (call to prayer), as shopkeepers will ask customers politely to leave if they need to close their shops or restaurants for prayer times. It’s helpful for visitors to download an athan app on their phones, as prayer times differ slightly from day to day. (They move up progressively a minute or two every day.)

What to expect during prayer times

During prayer time, most shops and restaurants close, and customers are asked to leave. There are exceptions, however. For instance, if customers are eating inside a restaurant when the athan is sounded, they will be allowed to finish their meals, but if they leave before prayer time is finished, they may be asked to exit through the back door. Supermarkets also are a popular place to get “trapped” during prayer times. If customers make it inside before prayer time starts, they can stay and shop until prayer time is finished. Prayer times last about 30 minutes. A few malls and shops are changing traditions and are staying open during prayer times, but visitors will find that most businesses still observe the local custom of closing.

Tourists will notice, too, that cues at coffee shops get longer just before prayer times. That’s because locals rush to grab drinks which help to pass time during prayers! While it’s handy to know when prayer times are scheduled, it’s not vital, as locals will tip you off with subtle cues – and obvious mannerisms!

While dress codes have been relaxed, Saudi Arabia still adheres to public decency laws, and visitors should be aware of those laws before planning a trip to the Kingdom. Anyone violating public decency laws could be fined between 50 and 3,000 SAR. 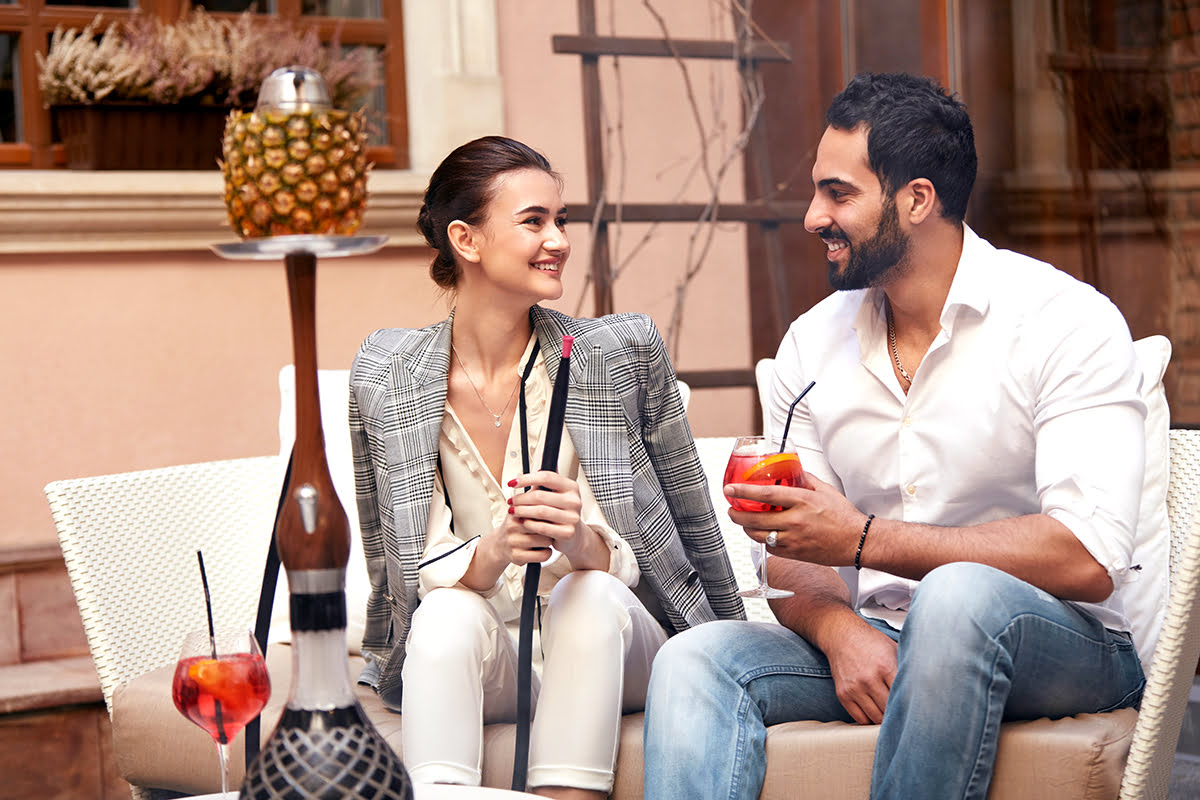 While illegal drugs and alcohol are strictly forbidden in KSA, tobacco is legal. Smoking in public, however, is allowed in designated areas only. Tourists should not light up outside malls, restaurants, educational and sports facilities, and especially not outside of mosques. The same rules apply for smoking shisha. 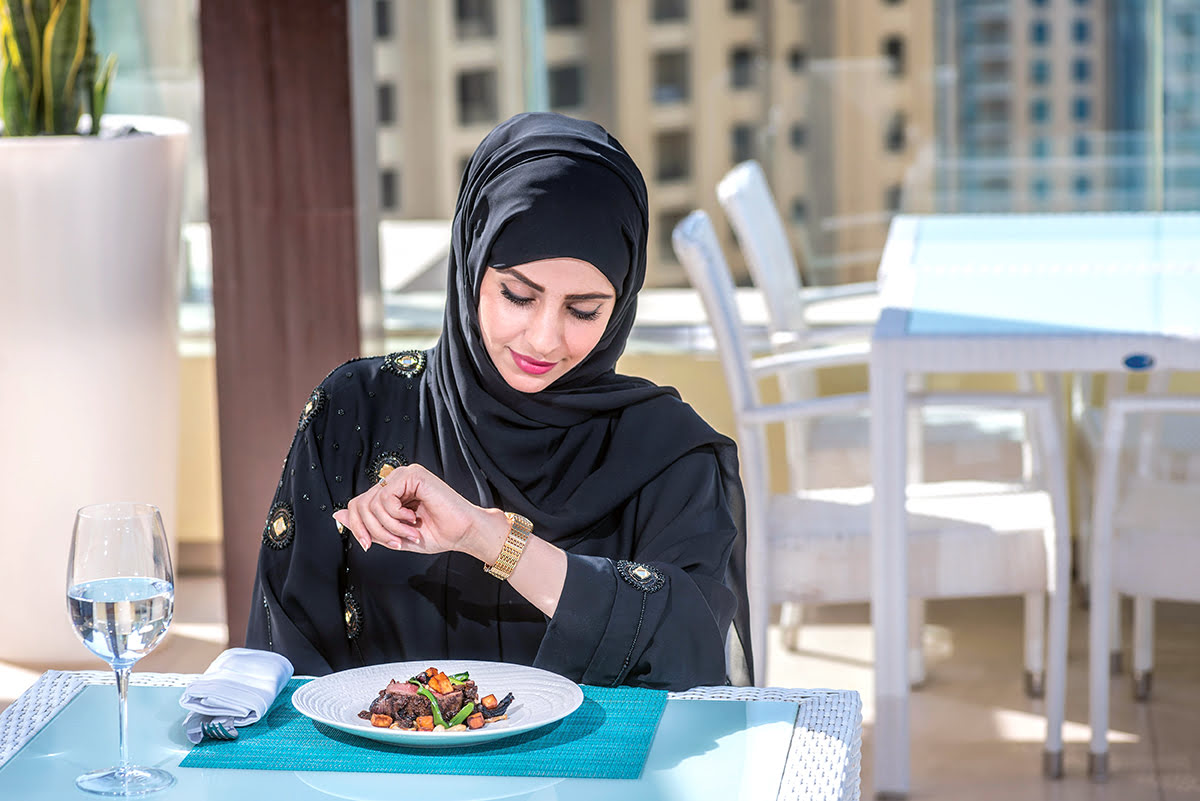 Laws are gradually changing when it comes to segregated seating in Saudi Arabia, but many restaurants still adhere to traditional policies. It’s common to find restaurants with seating areas for families (and all-female groups) on one side and for single men on the other. If seating etiquette is not obvious upon entering a restaurant, foreigners can ask a host to seat them in the proper section. 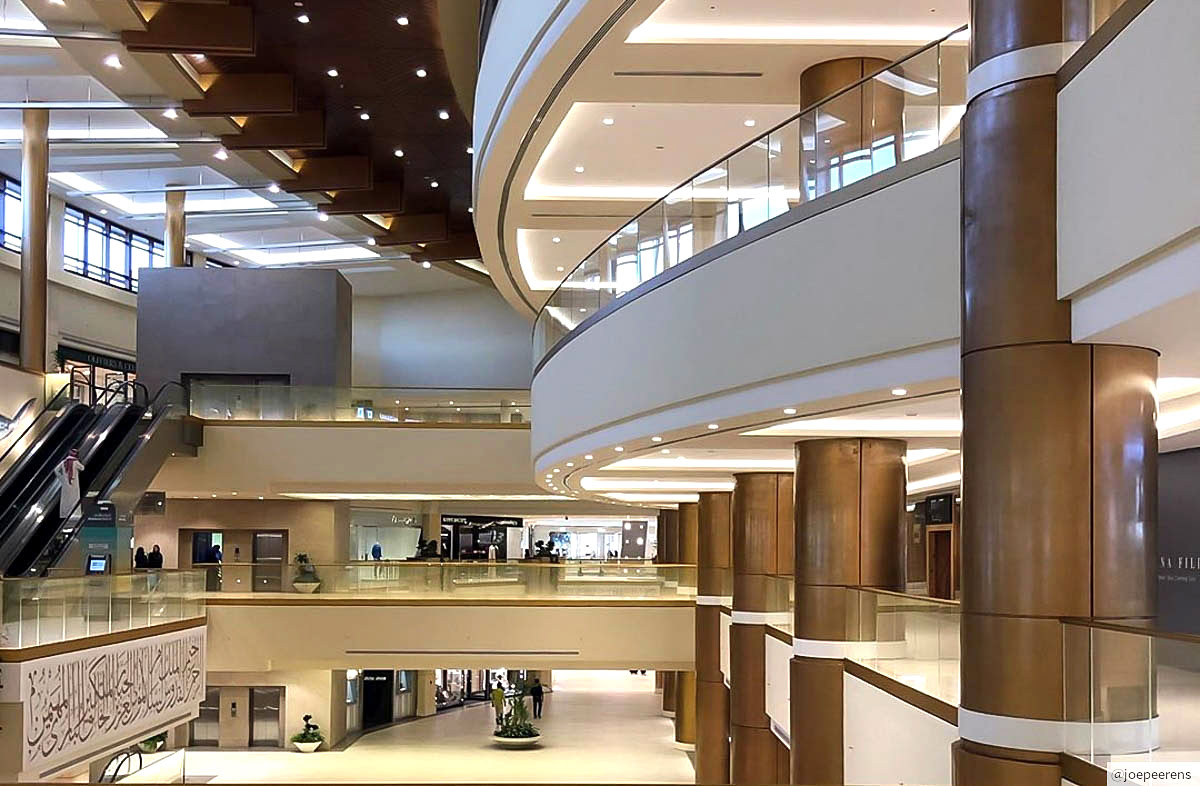 Ironically, most department and retail stores have fitting rooms for men only. Women are asked to either take their clothes home or step into a public restroom to try them on. If an outfit does not fit, women can return or exchange it for the correct size at the store. To be fair, men cannot go lingerie shopping without their wives.

Shop ’til you drop! | Top Shopping Spots in Saudi Arabia 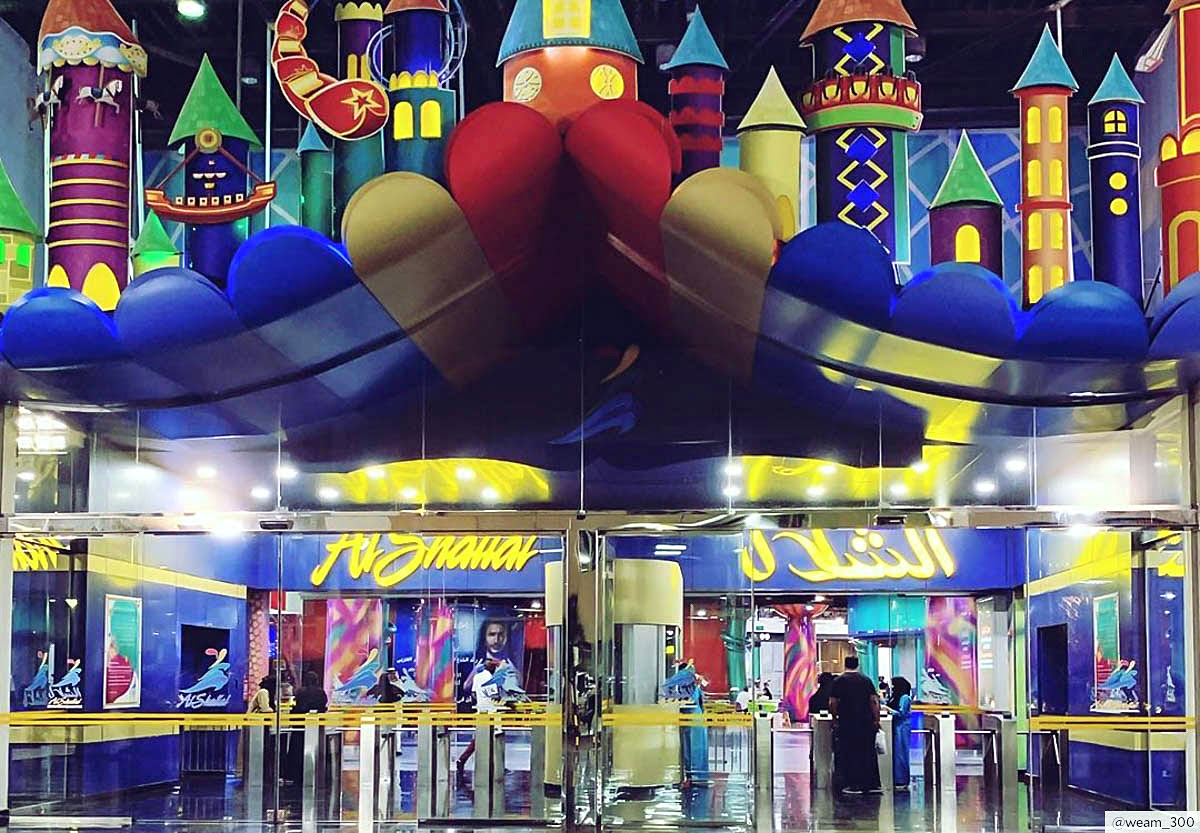 In Saudi Arabia, Sunday is the first day of the work week, so weekends are celebrated on Friday and Saturday. Friday is considered a family day throughout the Kingdom, and many families spend the day praying at the mosques and doing activities. For this reason, many shops and restaurants are closed for most of the day on Friday. Some places will open at 2 p.m., but others wait until 4 p.m. before unlocking the doors. Restaurants are the exception to this rule. Some restaurants will open for lunch. Travelers who will be in the Kingdom during a weekend should plan ahead to account for longer lines and heavier traffic.

Plan a trip | Things to See in Saudi Arabia 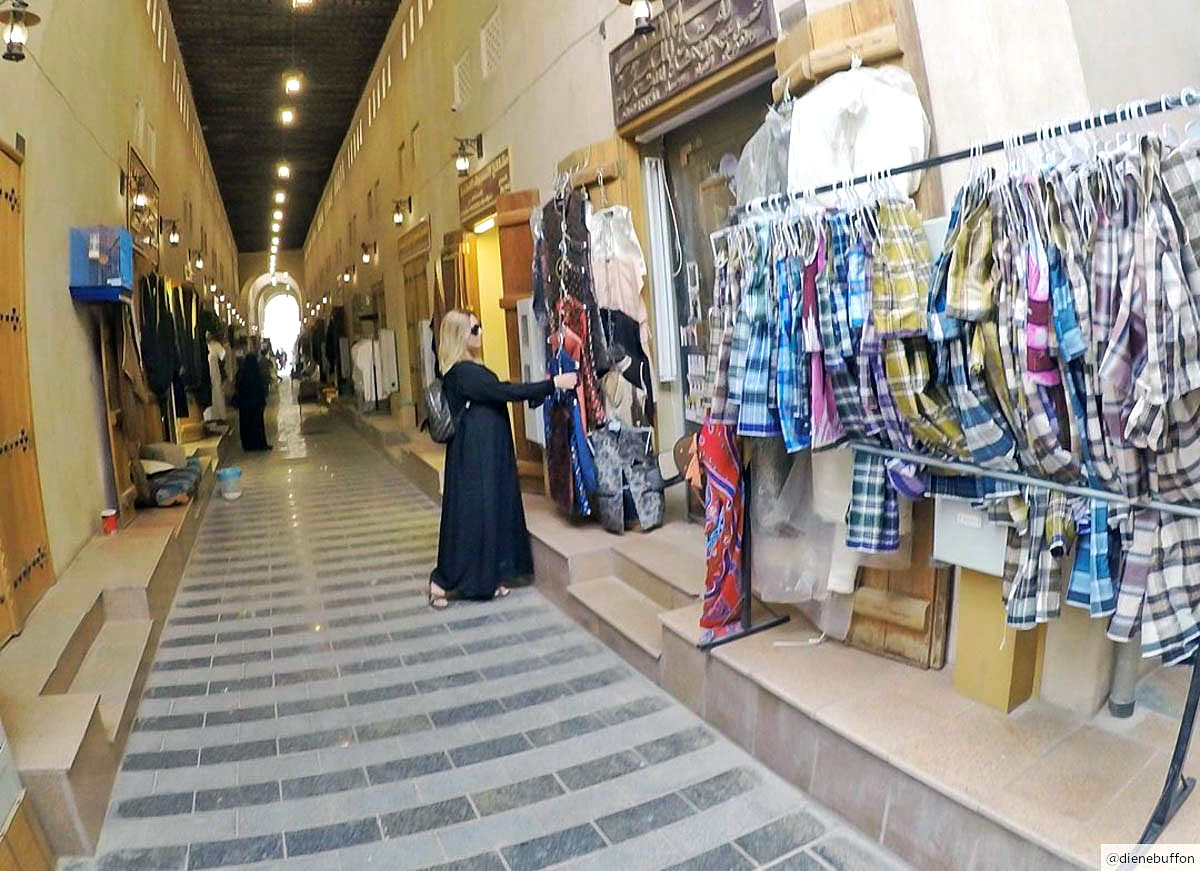 Goods and services are taxed 5 percent. Some restaurants and department stores will include the VAT in the price, but others do not. It’s a good idea to ask about the VAT policy before making any large purchases. 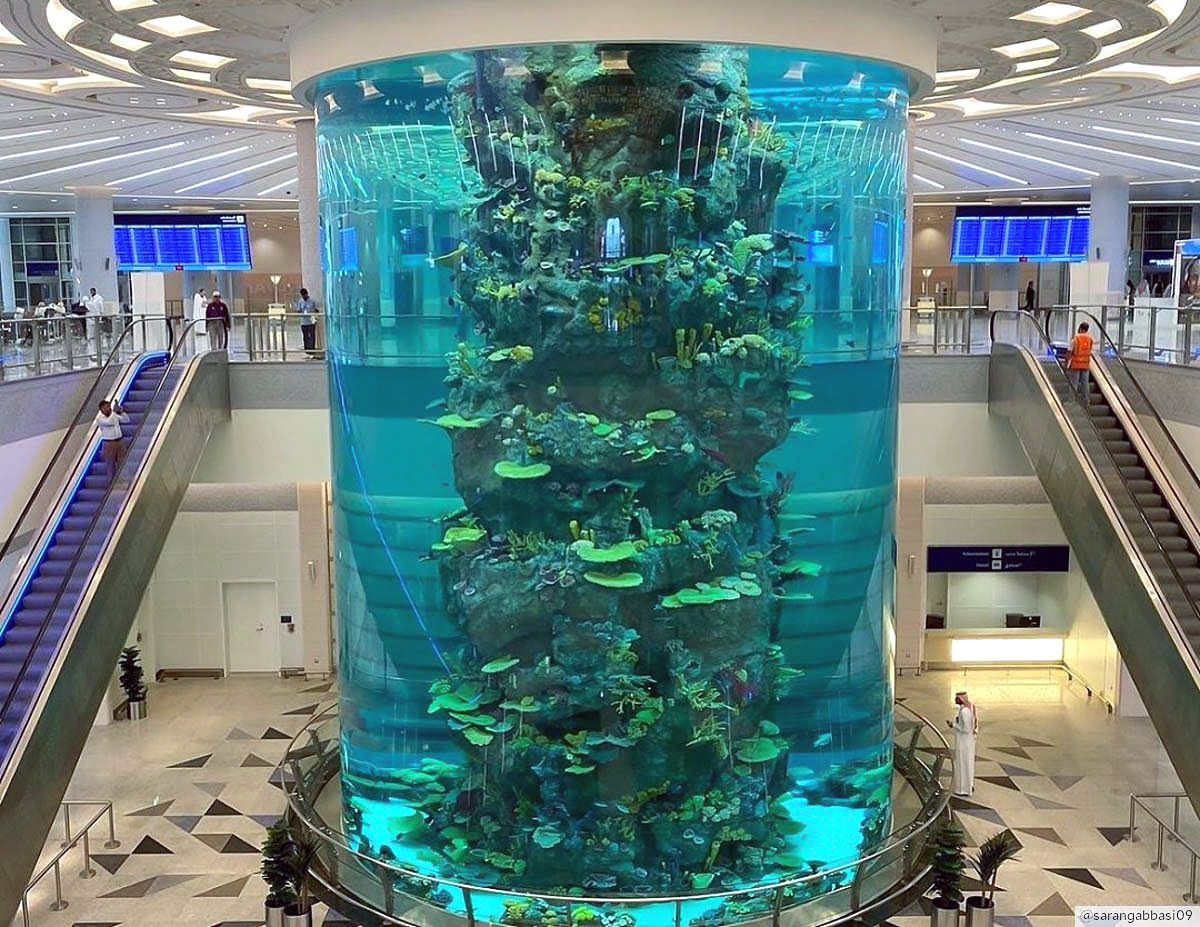 Saudi Arabia is home to several international, regional and domestic airports, so once a visa is secured, it’s easy to get to KSA and hop from region to region. Travelers can book a flight at Agoda.com to any international airport in the Kingdom. Once visitors arrive in KSA, they can get around major cities with taxis and ride-share companies. In addition, Saudi Arabia’s railway system connects several popular regions, including Riyadh and Eastern Province.

Check In to a hotel in Dammam 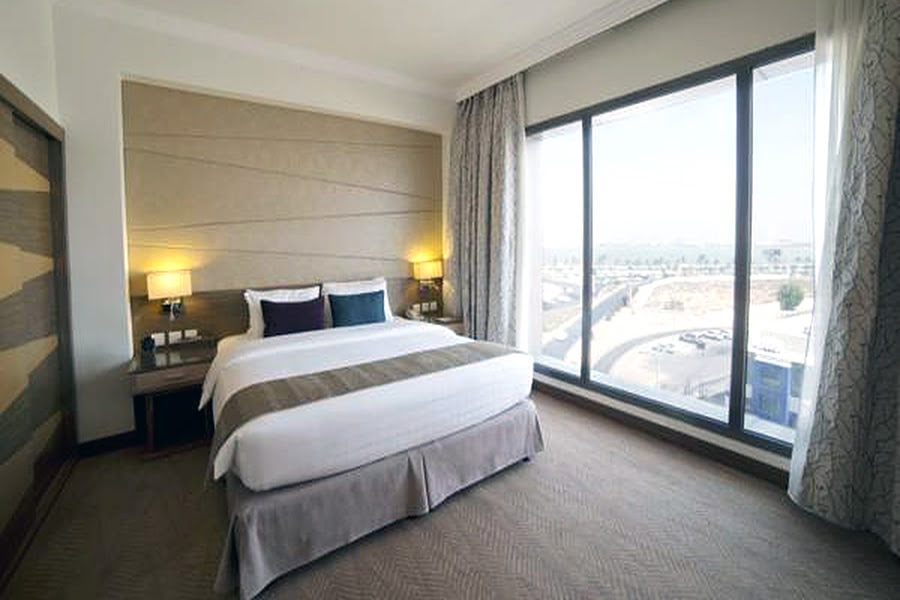 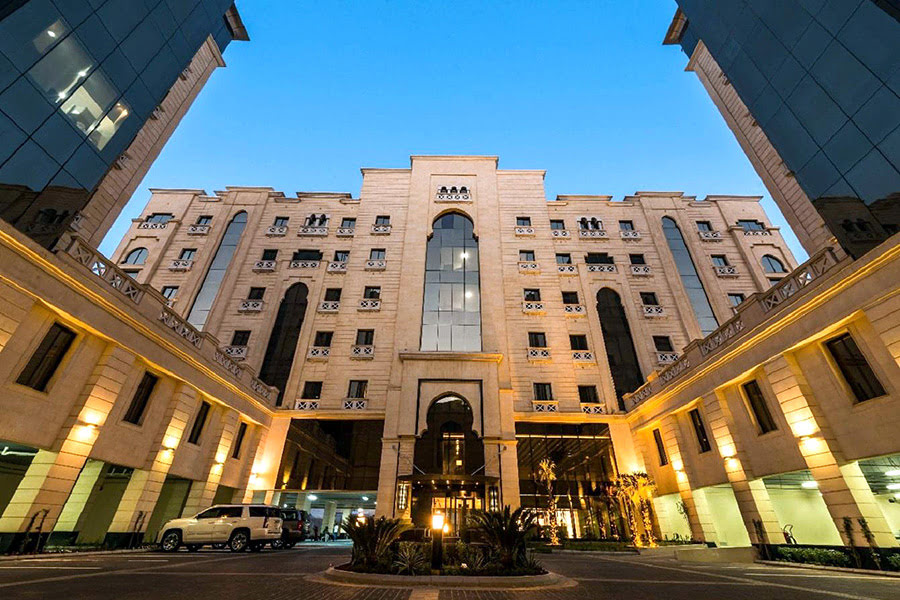 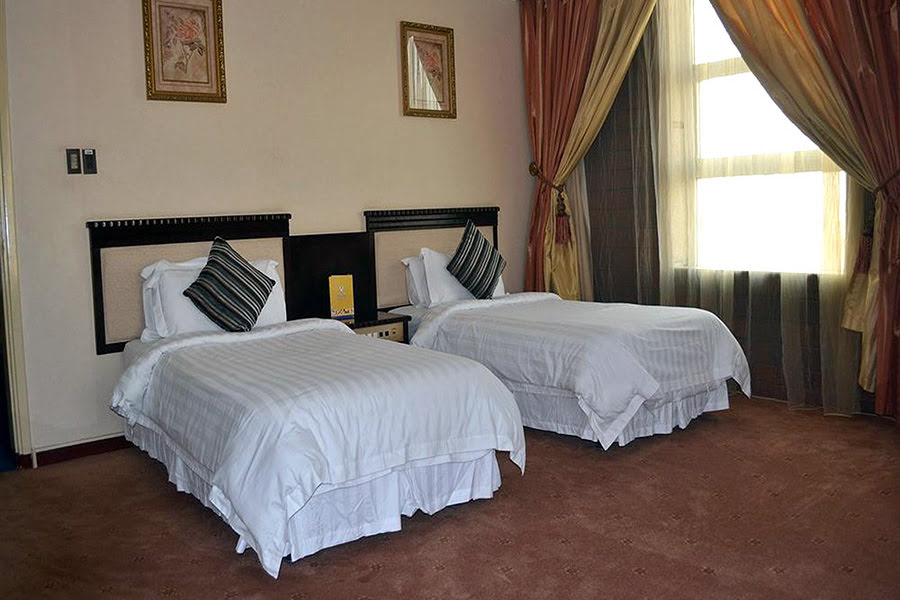 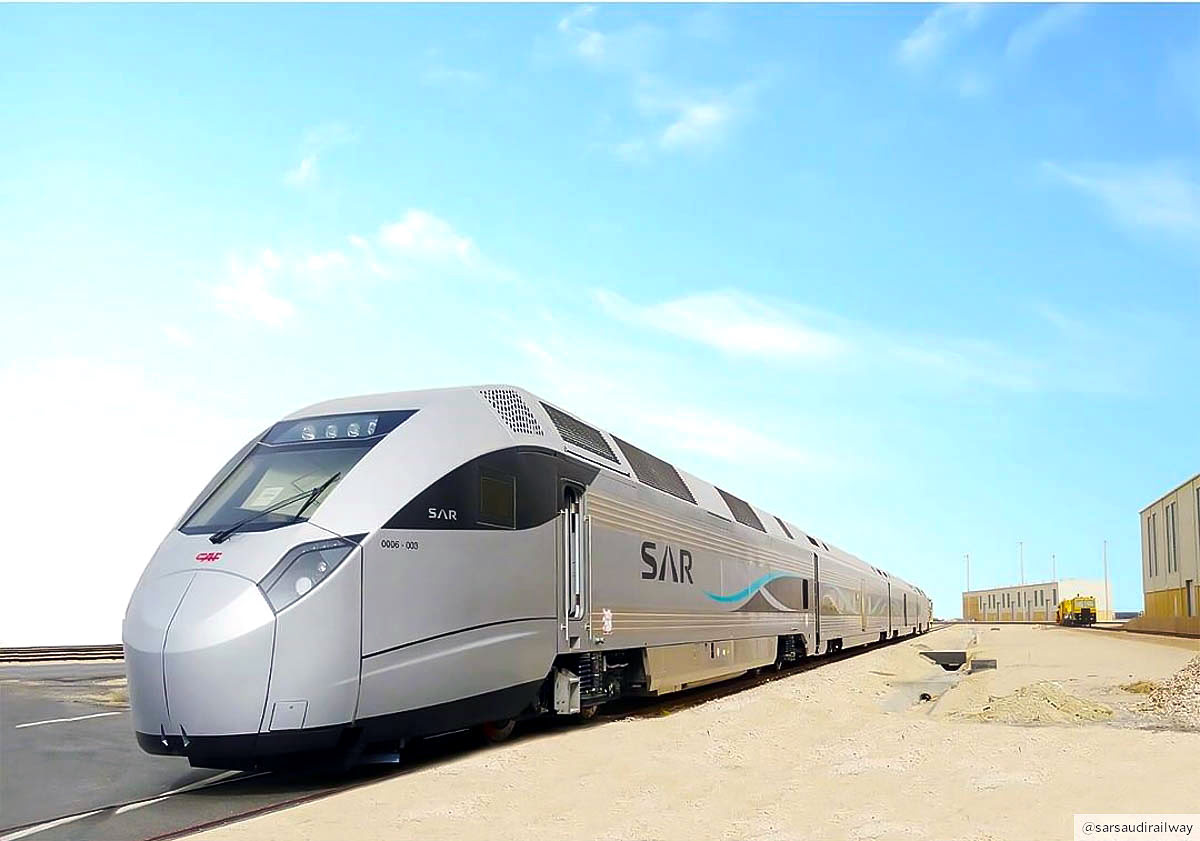 Travel to Saudi Arabia | Getting around cities

While the capital city of Riyadh works on building a massive metro system, visitors to the city can utilize taxi services and rideshare programs to get around. Travelers can hail taxis on the street (malls and tourist districts are the best places to find them), or they can utilize the Careem or Uber rideshare apps. Careem seems to be the most popular app in the Kingdom, but Uber retains a presence there as well. Both taxis and rideshare companies are affordable in Saudi Arabia, with a 10- or 15-minute ride costing between 20 and 30 riyals (6 to 8 USD). Some taxi drivers will try to negotiate a price, rather than turn on the meter, for customers. Foreigners who are not familiar with the cost of taxi services should always request that the driver turn on the meter.

Travel tip – during emergencies, tourists can call 938 for help.

If you’re confident with driving on the right side of the road in a foreign country, renting a car is a great option. Most airports offer car rentals, and any foreigner with an international driver’s license and a credit card can rent one.

Check In to a hotel in Riyadh 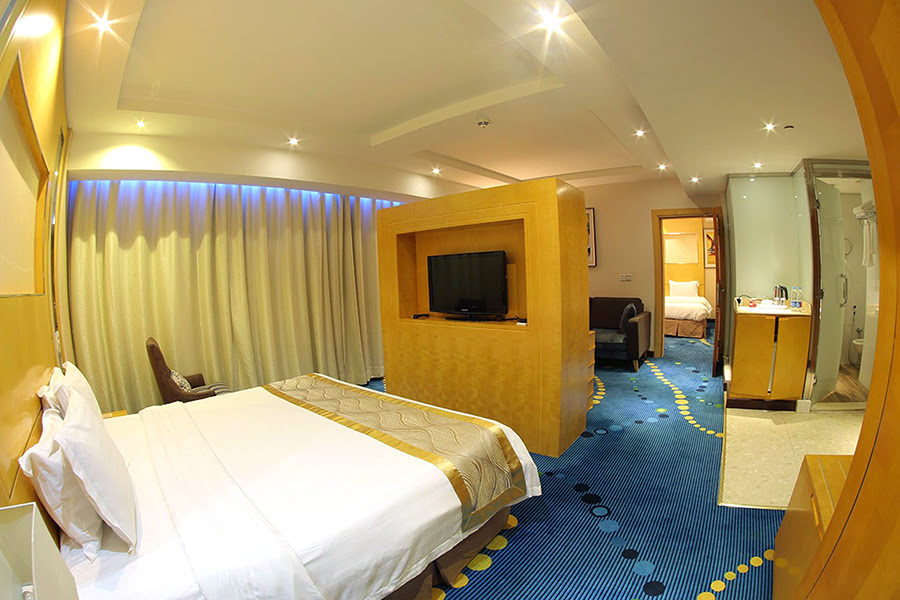 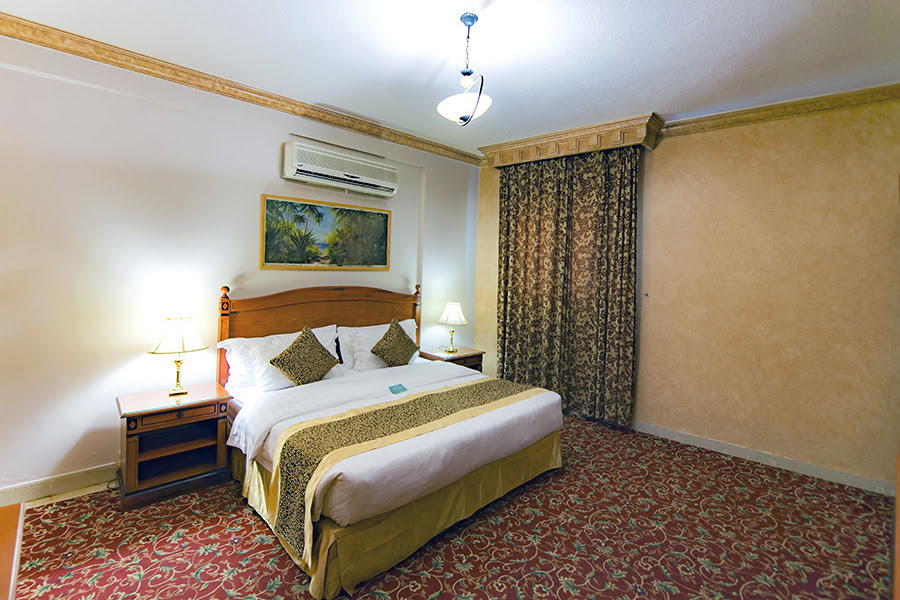 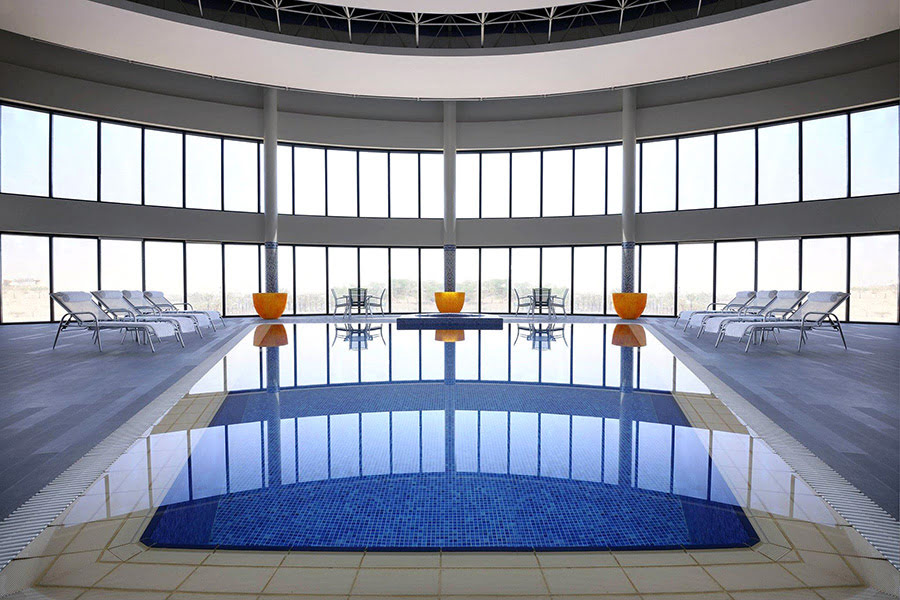